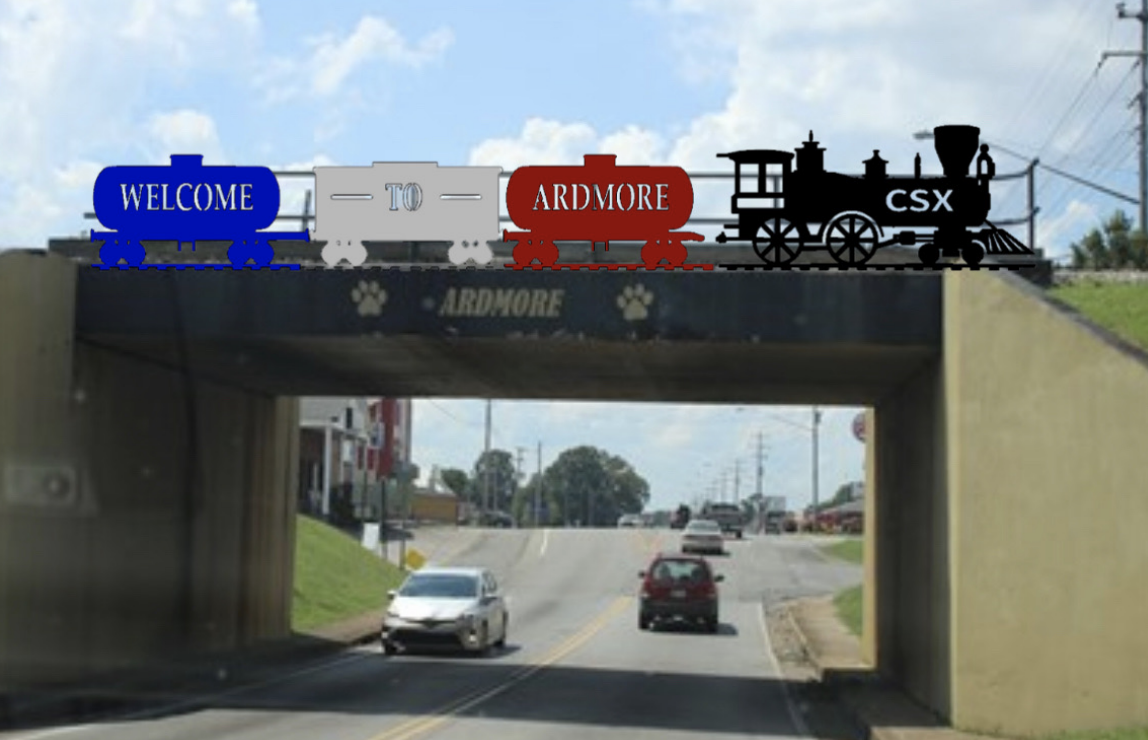 ARDMORE – The Ardmore Community Team is a non-profit organization whose sole purpose is to create projects that will enhance and beautify the Ardmore area. Their motto is “No State Line,” meaning the organization serves the city and town of Ardmore.

The group has painted a butterfly mural on Ardmore Ave. and a mural at the Tennessee Park pavilion. Many citizens from the area joined in to paint the murals.

The Team’s current project, with an estimated cost of $20,000, is the train that will be placed on the Main Street Railroad Trestle. There will be a train on each side with each train going in the opposite direction. The train will be lit at night. No work will be done on the lower portion of the trestle.

The train silhouettes will be of aluminum created and erected by C K Designs of Harvest, AL, with the assistance of CSX Railroad, who has approved the placement of the trains on the trestle.

A plaque will be placed at ground level on the East Railroad St. side of the trestle listing the major donors for the project. There are four donor levels: Diamond $5,000+, Platinum $1,500+, Gold $1,000+, and Silver $500+. Only the four donor-level names will be listed on the plaque.

If you would like to make a donation to this worthy cause, make your check payable to Ardmore Community Team and mail it to P.O. Box 1285 Ardmore, TN 38449 or drop your donation off at the Greater Ardmore Chamber, Ardmore Town Hall, or Tennessee City Hall.