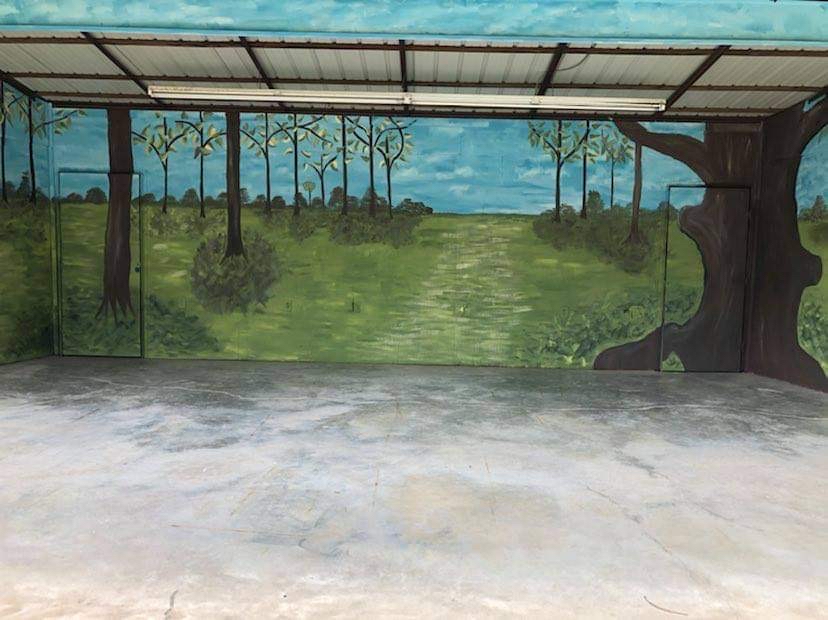 Several members of the Ardmore Community team and Ardmore residents gathered this past weekend at John Barnes Park to paint the bandstand pavilion.

Led by Marion Ibsen, the team spent their entire day working to enhance this pavilion for park visitors. City of Ardmore TN. Mayor Mike Magnusson and Town of Ardmore AL. Mayor Billy Shannon even got in on the fun giving back to the community. City Councilmember Ken Crosson also made his way to the park throughout the day. The pavilion will be home to live music for the upcoming Ardmore Crape Myrtle Festival on August 21 hosted by the Greater Ardmore Chamber of Commerce. The chamber plans to release more details on the festival in the coming weeks. Up-to-date details on the festival can be found here: https://greaterardmorechamber.com/crape-myrtle-festival/

“The chamber is extremely grateful for the community team and our residents for working hard this past weekend to improve the pavilion,” Greater Ardmore Chamber of Commerce Director Yolandia Eubanks said. “The work completed will help improve the park and make it a destination for all.”

The mission of the Ardmore Community Team is to assist the community in developing and pursuing family-oriented initiatives that promote the beautification of Ardmore. For more information on the community team, join their Facebook group here: https://www.facebook.com/groups/684374892183897.