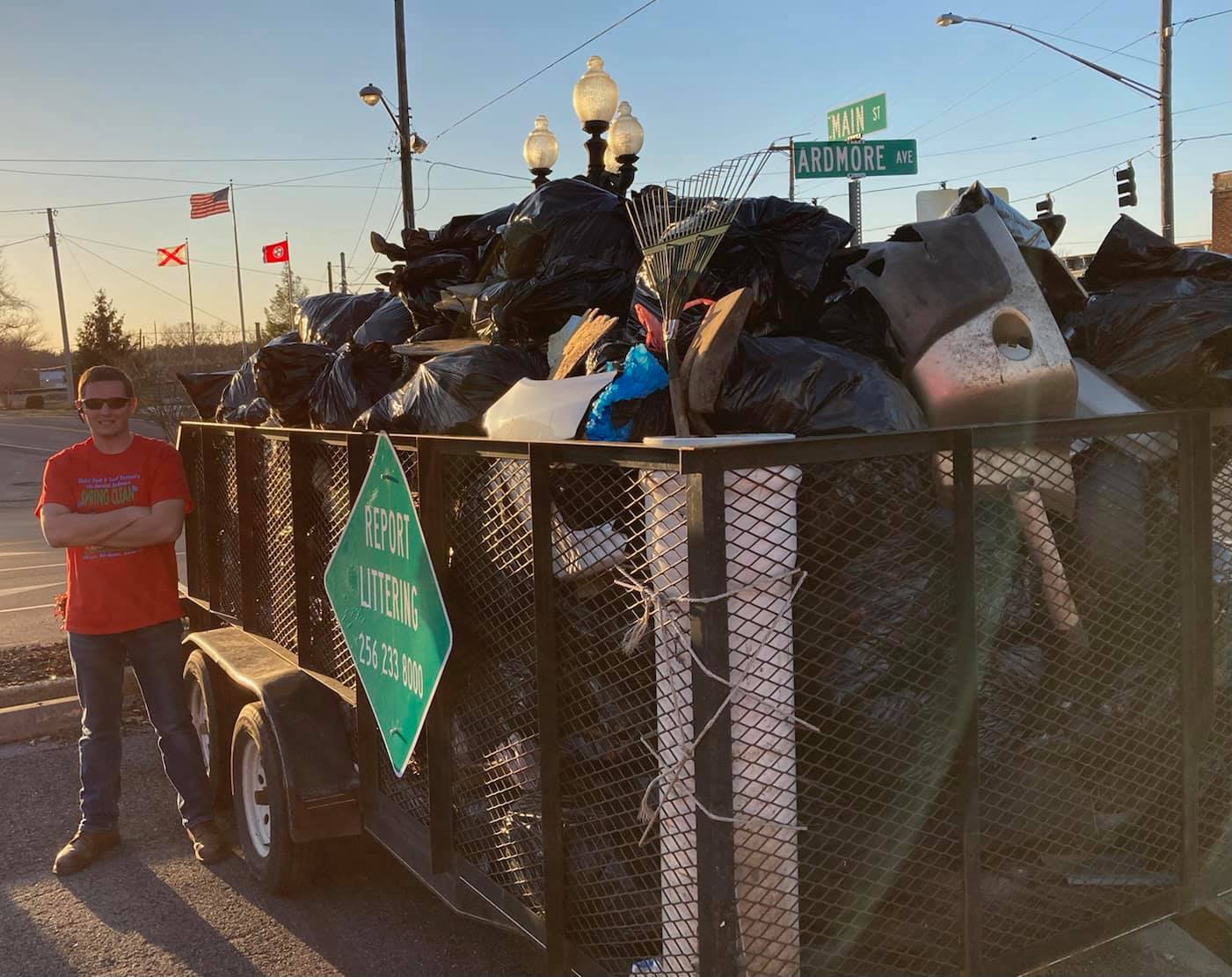 “Today, I was amazed by the 115 community members that contributed to help Clean Up Ardmore! We had an outpouring of support and it was wonderful to see everyone there working together to help make a difference in our community. I just want to thank everyone for their help and especially Leigh Patterson with KALB (Keep Athens-Limestone Beautiful), Toby Thomas and the entire staff with United Pest and Turf Control, Marco Shaw for his leadership and the Youth and other members from First Baptist Church Ardmore, Steve Hargrove and Chris Dye and the members of Community Baptist Church, The Boy Scouts and Cub Scouts of Ardmore, The Ardmore Community Team, The Greater Ardmore Chamber Members, Breakfast Donations from KALB and McDonalds, Gift Card Donations from Alex Green at Ardmore Nutrition, and Assistance with Lunch from L&S Food Market, Shell Quik Mart, El Omeca, Mildred’s Restaurant, Amanda Smith with Whistle Hollow, and Sonic Drive-In.

I would also like to thank Limestone County Commission District 1 Commissioner Daryl Sammet for his support of the Town of Ardmore and City of Ardmore for this event and give a special thank you to Trent Heard with United Pest and Turf Control for his leadership during this event. Even after the event was over, he continued to ensure that all bags were picked up and on the trailer. He has done an outstanding job each year and this event just keeps getting bigger and better and our community is benefiting. Thank you ALL that came out today for your help! You made a difference!”

About the author : Yolandia Eubanks