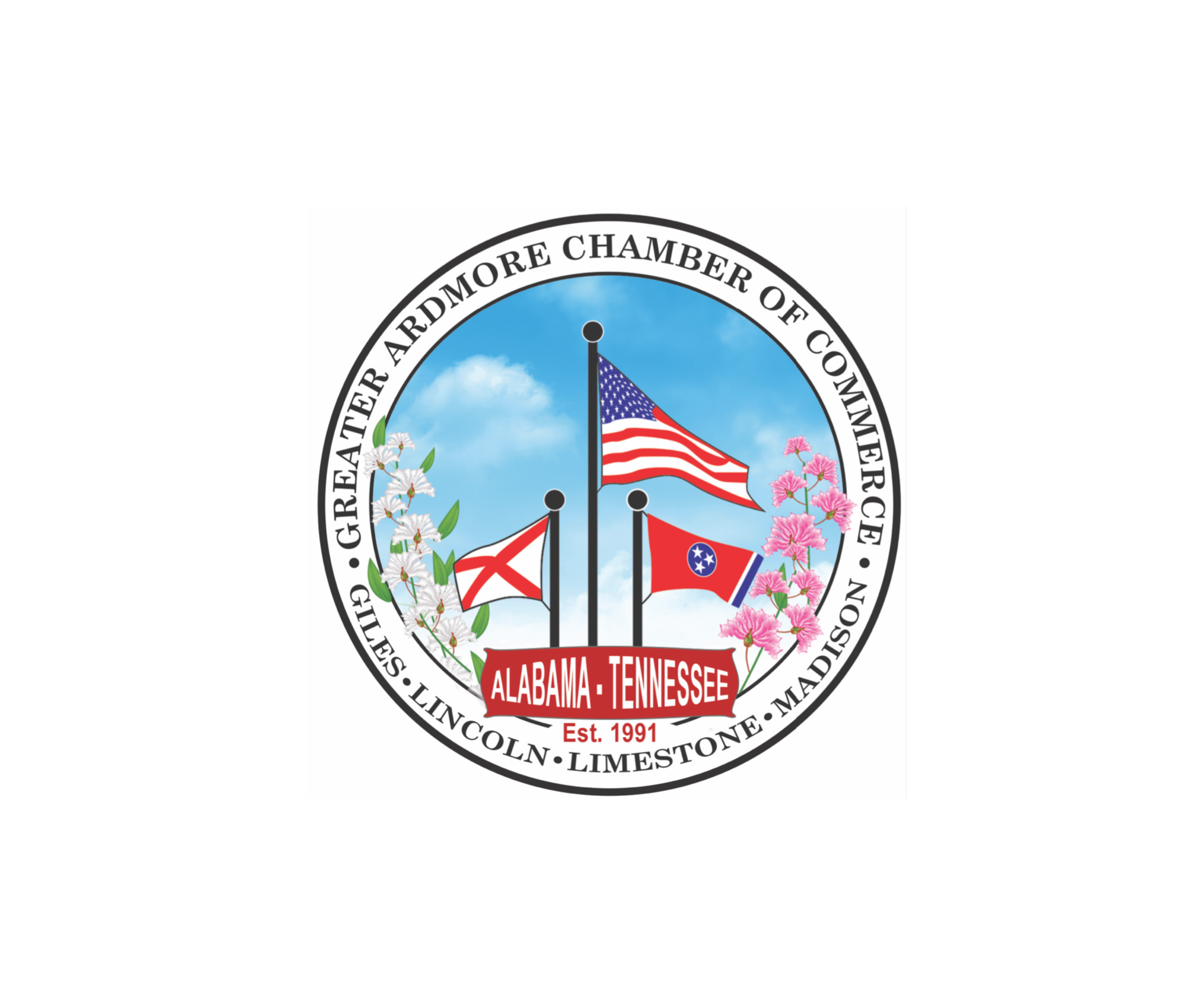 The logo was developed through a partnership with Blake Williams Communications (BWC), a local full-service marketing and public relations consulting firm.

The development process of the Chamber’s logo took several months of meetings and discussions on how the logo should be designed to complement the chamber’s tagline.

The four counties are showcased in the oval. The two states and one community are displayed in the banner and flag artwork. The flags are an iconic landmark on the state line in Ardmore and the crape myrtles account for the Chamber’s premier annual festival that draws hundreds of attendees to the community each August.

“The Greater Ardmore Chamber has greatly profited from working with Blake Williams Communications on our logo,” said Eubanks. “The chamber will benefit significantly from our new and innovative logo.”