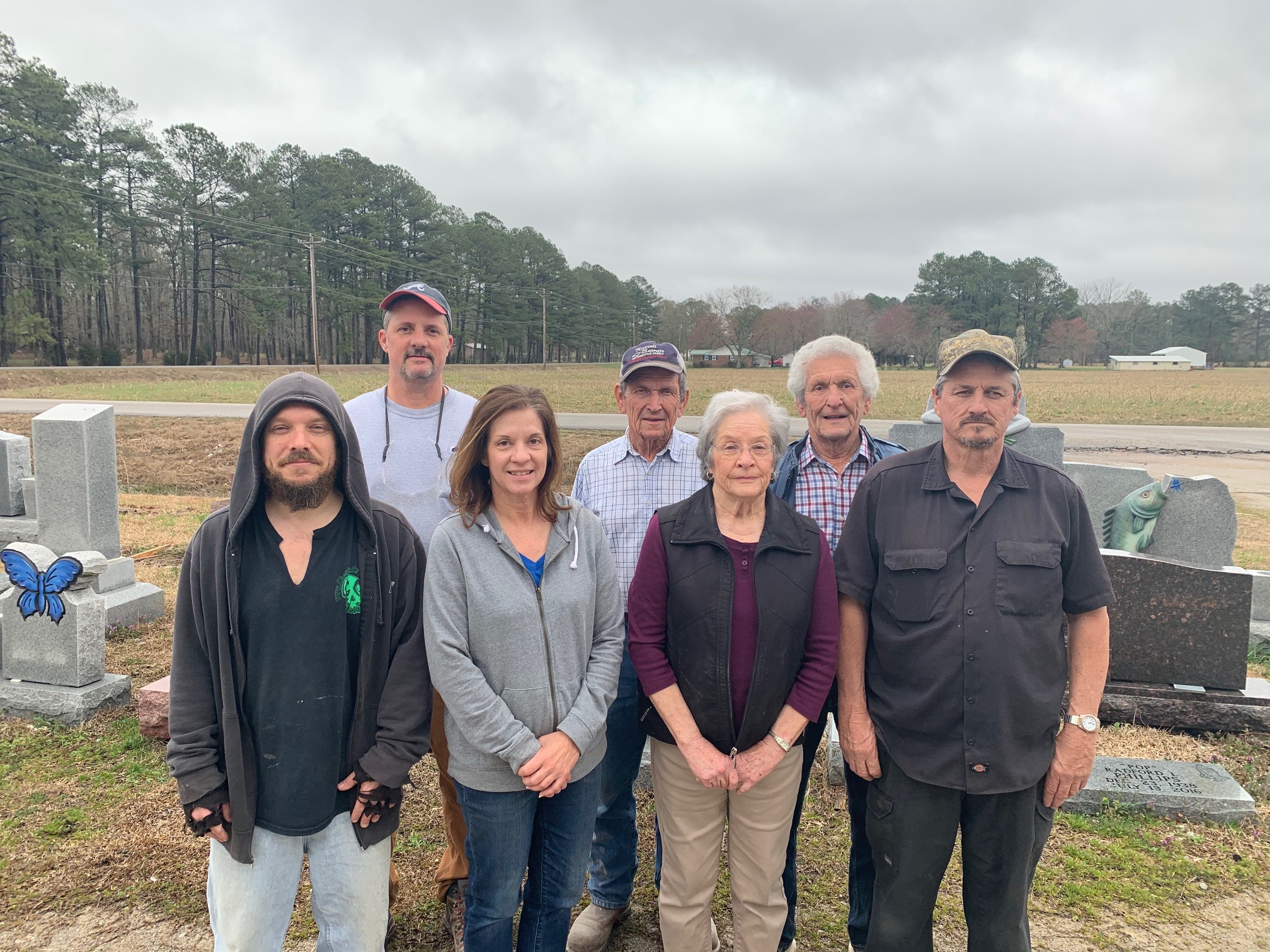 The Greater Ardmore Chamber’s Featured Business of the Month is Ardmore Monument Company.  Ardmore Monument Company is owned by Sam and Shirley Glossup.  Mr. Sam is the original owner and started the business in 1968.  Some of you may remember that his first location was across from John Barnes Park and in 1973 he built a shop on the corner of Lambert Road and Sweet Spring Road where the business is located today.

When I asked Mr. Sam how he got started in the business he told me that he sold monuments for another company prior to opening his own business but they could not get orders out on time.  If any of you know Mr. Sam very well, he takes a lot of pride in his work and he never wants to let a customer down.  He always wants to help people and he wants them to be happy with his service and the product he provides.  Because the company was slow getting their orders, this led Mr. Sam in the direction of buying his own equipment and starting his own business which was the beginning of Ardmore Monument Company.

Ardmore Monument Company makes and sells monuments.  Most of their business is cemetery monuments, but they have done other monuments like Veteran’s Memorials as well.  They buy granite slabs and do the cutting, polishing, and lettering in the shop.  You can see their work in cemeteries within an 80-mile radius of Ardmore in both Alabama and Tennessee.  When I looked through the examples of their work, I was amazed at the beauty and the detail.  They also have two sales offices in Guntersville and Arab, Alabama.  The average turn-around time from when an order is placed is 30-40 days.

When I asked what an average day is like at Ardmore Monument Company, Mrs. Shirley said that they usually have a plan each day.  But sometimes, those plans change because of the weather.  Dale cuts stone and runs the shop.  When they need to set the stones in the cemetery, Dale, Carl, and Brian do this.  Scotty cuts the dates on the Stones already set.  Ginger does all the computer and stenciling designs, and Mr. Sam and Mrs. Shirley are doing any job they need to do when they need to do it.   Each one of them has their area of expertise but they can fill in for each other when needed.

When I asked Mr. Sam and Mrs. Shirley something they are proud of about their business they told me that many may not have realized that the Ardmore Monument Company had a contract with the Veterans Administration in the 1990s and 2000 for 12 years.  They made markers for the Veterans and shipped them all over the United States and Puerto Rico.

I know picking out a monument during a time of loss is difficult for anyone.  The Glossup family guides individuals through this process with love, kindness, and compassion.  I have known them since I was a child and their kindness and compassion have not changed.  They show this to everyone that walks through their doors.  They are also wonderful about supporting our local businesses and shopping locally.  We are very fortunate to have the Glossup family and Ardmore Monument Company in our community.