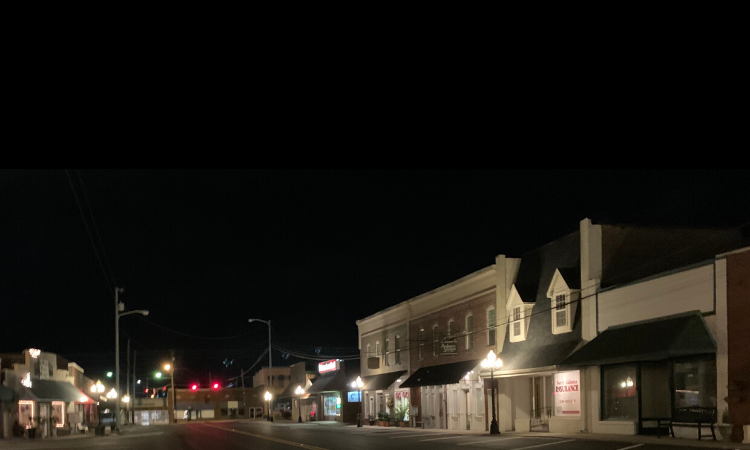 The Greater Ardmore Chamber of Commerce serves the Town of Ardmore, Alabama, and the City of Ardmore Tennessee.  Ardmore is rare in that it is in two states, Alabama, and Tennessee, and four counties, Limestone (AL), Madison (AL), Giles (TN), and Lincoln (TN).  This can make city, county, and state government a very interesting task at times. Ardmore has two mayors and a town and city council.  They have one police and fire department that service both the town and the city.

Ardmore began in 1911 as a railroad stop named Austin after a store owner, Alex Austin, who worked with construction crews working along the railroad between Nashville and Decatur.  In 1914 the town’s name was changed to Ardmore. Ardmore, Alabama was incorporated in 1922, and Ardmore, Tennessee was incorporated in 1949.  Together Ardmore, Alabama, and Ardmore, Tennessee, have a population of approximately 2500 citizens.  If you stop at the Ardmore, Alabama Welcome Center on Interstate 65 you will see the Saturn IB rocket and a Memorial Display honoring the Veterans of the State of Alabama.  Ardmore is a direct route between Nashville and Huntsville.  Ardmore has also been recognized for The Benge Trail (Trail of Tears) which came through Ardmore from Fort Payne, Alabama to Pulaski, Tennessee.

Many families have chosen to live in Ardmore because of the family type atmosphere.  Ardmore has two parks, walking tracks, an arena, a Veteran’s museum, a public library, a nursing home, and several local doctors and dentists.  The median family household income is $40,500.  The average cost of houses sold was $90-$100 per square foot.  There are many churches in the area and most residents in the Ardmore area are of the protestant faith.  Many residents in the Ardmore area work in Huntsville, Athens, Fayetteville, or Pulaski.  The average commute time is 25 minutes.

As one can see, Ardmore has a unique history and has a lot to offer someone.  The individuals help make its charm inviting and the beauty of the landscape and countryside surrounding the town and city are exceptional.  We hope you will visit Ardmore and enjoy it as much as we do.